At 7:45 in the morning, the sun burns off the last of the fog as the parking lot begins to fill. Students hike the front stairs into the Innovation building. Nursing majors in white coats mingle in front of Life Sciences. A young man with a cup of coffee and a stack of books under his arm gets directions from a faculty member.  It’s the first class of the first day of classes – and WVU Tech’s campus is positively alive with activity.

For returning students like Ezekiel Knowles, the day was a chance to reconnect with friends and faculty. Knowles came to Tech from the Bahamas to study mechanical engineering. Now in his third year, he said he’s looking forward meeting more Golden Bears in Beckley.

“You form a lot of close bonds and, for some people, it's harder to do that at bigger schools. When you come back each year you know more and more people. Those bonds are important, I think, when you're learning. It makes you comfortable while you're learning,” he said. Campus President Carolyn Long and WVU President Gordon Gee pose with students in a photo booth on the first day of classes.

“We can't say enough about this community and the support and the love they have given us,” said Long. "This is a monumental day. We're looking so forward to a successful year together and excited for what we know is going to be a very bright future for Tech, for Beckley, for Raleigh County and for Southern West Virginia.”

Gee thanked the community for their support during the transition and shared a message of hope and opportunity with the crowd.

“I believe that of all the things the university will do over the next ten, fifteen years, this will be the most transformative,” he added.

Part of that transformation includes a push for new and continuing partnerships with the businesses and organizations within the Beckley community.

Shawn Ball, owner of L&S Toyota of Beckley, was on hand during the ceremony to announce a significant donation. He presented Presidents Long and Gee with a check for $50,000 in scholarship funds for students seeking engineering or nursing degrees at the university. The donation marked the third such gift from Shawn and Angela Ball, bringing the total scholarship donations from L&S to $160,000.

“The work that has gone into this; you can't put it into words,” said Ball. “I’m from the coalfields of Southern West Virginia. I didn’t want to leave here, so I stayed. If this were here, I would have been here. It's a great school and now it's so accessible. That's part of why we're doing this. We hope this the first day of a long tradition of working with the university.” Shawn Ball (left), President Long and President Gee at a check presentation on the first day of classes.

The celebration also included the dedication of a 50-year time capsule that Long said would include photo and items that will allow future Golden Bears to “see this snapshot of our community and all of the excitement and enthusiasm that we have for what our future holds.”

Kaitlyn Tignor, a junior nursing student from Montgomery, West Virginia, joined some of her fellow nursing students for a photo to be included in the capsule. She plans to stick around the state after she finishes her degree. She’s also excited about the new campus and is looking forward to getting more involved with student organizations.

"Going to Tech was the best decision. I met all these cool people," she said, gesturing to her friends at the photo booth. "All of my professors are really nice and I'm glad I chose to come here. I wanted a small college community and the nursing program is like that.”

Her message to the future? A simple hello.

"We just wanted to show them that we’re here. In 50 years, I feel like this place will be grown even more. And hopefully they get to enjoy the opportunities that we have now. That's what I hope for them," she said.

Read and watch local media coverage of from The Register-Herald and WV MetroNews. 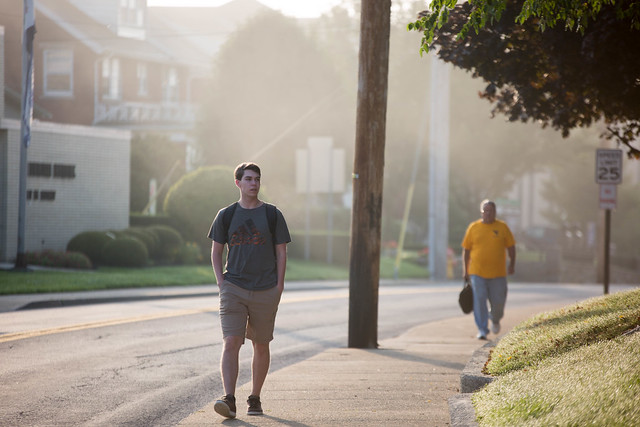